;
You are here: Home / Blog / Bring Back Rules
I’m standing at the taxi stand waiting for the next available taxi to come along. Up pulls a black cab (the expensive private-driver kind) that blocks the driveway as he waits for whatever passenger has hired him. The only problem is that he’s not allowed to park at the taxi stand because it prevents other people from getting picked up and dropped off.  So I gestured to him to move along.  I thought to myself, he can drive around again instead of blocking the flow of all of the cars behind him.  Instead he inches forward buying more time for his tardy passenger.  I continue to gesture a little more vigorously now.  He inches a little more.  I start shouting at him through his closed window, “You can’t wait here. You know the rules!” He makes a mean face and then tries to maneuver his car to block the other “drop-off only” lane. “You can’t wait here!” I shout again.  He rolls down his window and starts chastising me for my lack of patience and holiday cheer.
What????
Are you serious? You break the rules because you and your fancy black car and your precious passenger are more important than me and the other 20 cars trying to pick people up and drop them off and you have the nerve to scold me about my patience and holiday spirit? Where was your flipping patience? 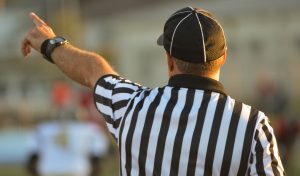 Whatever happened to rules? The saying that rules were made to be broken now seems to be status quo rather than the exception.  We are living in a world where it seems that everyone believes they are above the rules.  People are above waiting their turn.  A lady at the queue for the restroom stood there looking at the queue and then the restroom door and then the queue again as if to say, “I’m not waiting in that line.”  She thought she was special.  She thought she didn’t have to wait.  So, she tried skipping the queue.  A few people weren’t happy.   Happens at concerts a lot too!
People are above planning in advance so they insist on being given a table in a restaurant on a busy night or insist on using the meeting room when someone else is there because, after all, they are important.
People are above allowing others to disembark the train or bus before trying to push their way on.  A taxi driver tried pushing me out of a lane the other day because apparently my motorcycle wasn’t as important as his taxi.  It’s madness!  Here in Singapore the traffic police have been targeting motorists who believe they can use the bus lane because they are “special.”  They have a nicer car, are in a bigger hurry or just deserve it.
I’m tired of people who believe they are above the rules.   I’m also tired of watching children make the rules for their parents.  No, they don’t eat vegetables.  No, they won’t put the phone down.  No, they won’t stop playing the video game.  No, they don’t have to do their homework.   For me it’s time to go back to enforcing the rules.  And for me, it’s children we need to start with.  Call me silly but I’m going to be the rule referee for awhile.  I’m not expecting much, but at least I will have tried.
Now, where’s my whistle?
Share with