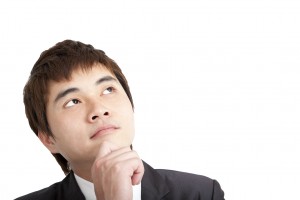 I was walking up the hill behind my apartment complex to start my run.    And as I was walking up the hill,  I came across a man walking towards me.  It wasn’t necessarily unusual for me to see someone on this road.  It’s frequented by runners, walkers and cyclists.  Though, on this particular day, there was no one else around. Just him and I alone on the little road up to the park.

The man stops just in front of me and says, “Are you familiar with this area?” as he gestures around.

And here is where my value conflict arises. “No, I’m just out for a walk,” I say as I briskly walk by him.

Why did I lie? I’ve lived in this area for over 10 years.  I know it like the back of my hand.  I lied because one of my highest values took over. I lied because I value my safety (my immediate response was fear based) over being kind to others.  It’s a conflict that I believe a lot of women share.  We want to be kind to other people.  We want to seem helpful and nice.  And sometimes that will get us hurt.

Does this ever happen to men?  Do men actually think about having to protect themselves against random strangers?

My husband doesn’t understand why I don’t go exploring when I’m in a new country or in a new place.  He knows why and yet I don’t think he really understands.  He can go out running in the dark in a completely foreign place and to him it’s an adventure.  For me, it’s danger.

I don’t apologize for lying to the man in the park and I would do it again in the future. The instinct to stay alive is a valuable one and though in this case I know I overreacted, I would rather overreact than under react. It could be my life after all.

Sometimes I believe that this fear has been given to me by the news and by the popularization of crime shows on TV.  Abductions, rapes, murders, and random acts of violence scatter our screens on a daily basis.  Could my “instinct” be no more than a learned behavior from my environment?

For me it’s a catch 22.  If I believe my reactions are based on something I’ve learned over years of TV conditioning, I could let my guard down and be gone in a flash.  If I believe it’s an instinct for basic survival then I may appear paranoid at worst and rude at best.  The choice to me is pretty clear.  I don’t know how many times in the past this “instinct” has saved my life. I don’t know how many times in the future I’m going to need it.  And I would rather be paranoid than dead.

So when the hairs stand up on the back of my neck, or I get that gut feeling to run, I’m going to keep sending my brain the signal that says, “I heard you and I’m taking action.”

What instinct are you paying attention to?  What value in your life trumps others?  By noticing and being aware of our values consciously, we can put a clear meaning to why we do the things we do.  More understanding allows us to be compassionate to ourselves and others.

And just so you know, I did feel bad for lying to the man in the park. So I did Ho’Oponopono:

And then I saw him again…