;
You are here: Home / Blog / Leading with the Negative

The other day, I was standing on the sidewalk outside a mall texting my friend when a solicitor began his rant about whatever goods he was selling.  He was a young kid and I felt sorry for him as sweat was pouring down his face even though the sun had already gone down.  I asked him to give me a moment to finish my text and then I would listen to his sales pitch. 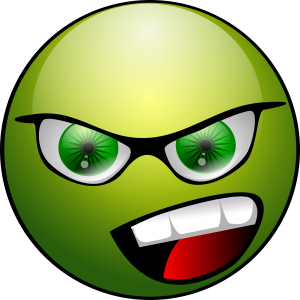 When he began, he started by explaining that he was working for a company to earn extra money for his eduction and that he knew I had seen the scams on the news recently and he wanted to assure me this wasn’t a scam.

“SCAM” was what I heard.

“LYING” was what I heard.

He finally got around to telling me the cost of the luggage tags, which was $10, and that he knew that I thought that was expensive and a rip off but the tags were really good quality and he was earning $5 for every piece he sold.

“RIP OFF” was what I heard.

I proceeded to stop the junior salesman and give him a lesson in NLP.  You see when you lead with the negative, even if you are a salesman trying to overcome common objections, you do two things immediately:

I then reminded the junior salesman that he had never told me anything positive about the luggage tags nor did he show me any of the cool designs he had.  We went through his stash of goods and I pointed out some of his characters that would be particularly good to lead with because of their current state of popularity.  I also told him that if he focuses on the metaphor about giving someone a fish versus teaching them to fish, people will more likely be willing to buy his goods knowing that they are helping him learn how to fish.

So, as you venture out on your day today or tomorrow, remember that when you lead with the negatives, you may just be planting seeds of doubt in people around you.  Stick to what you want others to focus on instead of what you want them to avoid.