I wanted to share with you my favorite NLP tricks that have made a significant impact on my life.  To do this effectively, I’m going to tell you the story of what exactly was going on in my life before I practiced the NLP technique (the problem state) and how using the tip impacted my life (desired state).  In this, I’m hoping that my stories will help you to understand how using these same techniques might help you with problem situations.  And for those of you who are interested in learning more about NLP, these 10 tips  will give you a taste of what you can expect from this life-changing stuff called Neuro Linguistic Programming. 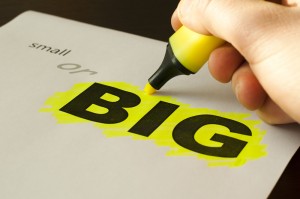 “How was your day?”  It’s such an innocent question and yet, it caused so much havoc in my life before NLP.  Each day my husband would come home from work, I would ask him, “How was your day?” And each day I would get a one-word answer, “Fine”, “Good”, “Frustrating”, “Productive.”  I would continue and after dozens of questions, Duncan felt like he was being interrogated.  At other times I left it at the one-word answer and didn’t bother finding out any detail.  And then my husband, out of reciprocity, would ask, “How was your day?”  And I would tell him.  I would tell him about how it started, who I had lunch with, what challenges I faced and how I had overcome them (or not).  Two things would happen during my story about my day.  Duncan would either roll his eyes while I was speaking, signaling to me that he was tired of listening to me chatter on about my day OR he would just leave the room where I was, forcing me to either follow him around our apartment or look up to realize that I was speaking just to myself.  Either scenario sent me into a rage.  Why didn’t he care about me and my day?  Why was he so selfish?

Each week one of the scenarios ruined our evening.  It was a major issue for us and something I didn’t know how to fix.  Until NLP.

During my NLP Practitioner Certification course in Singapore, I learned about chunk size of information and that we have unconscious preferences as to how we like to receive and give information.  I figured out quite quickly that Duncan was more of a big chunk person and I was more a small chunk person when it came to talking about our day.  When I asked Duncan about his day, he would give me a big chunk, “Fine.”  When he asked me about my day, I would give him small chunks of information such as the details of my challenges or triumphs.  We weren’t talking in each other’s language.

I took up the challenge to resolve this situation once and for all.  Over the next week, I practiced only delivering big chunk information to Duncan when he asked me, “How was your day?”  It wasn’t easy.  I wanted to tell him about the details, especially if something really juicy happened that day.  When I felt like I was going to explode by not sharing, I called a girlfriend and chatted about it before my husband got home from work.  If no one was around, I wrote it down in a journal just to get it out.  With the pressure to give the details satiated in these ways, it was easier for me to keep to my goal of delivering only big chunk information.

My challenge was successful and we didn’t fight all week.  But I wasn’t at my desired result yet.  I wanted to be able to have long conversations with my husband about what I did and I wanted him to share more of what was happening in his life too.  So the next week, I told my husband about the chunk size and then asked him “Would you like the big chunk or the small chunk?” each time he asked me “How was your day?”

For four days he kept saying, “Big chunk” and I was getting frustrated that I was not getting closer to my goal.  Then on the fifth day, he grabbed two drinks he made and said, “Let’s go sit on the balcony.  Today, I want the small chunk.”  While I told him about my day, he didn’t roll his eyes.  He didn’t leave either.  He listened and engaged in the conversation.  And he did it because it was his choice to do it.

We’ve been doing this ever since.  Sometimes, when stuff gets really busy, we forget and trouble starts.  We can always recognize what the problem was, though.  In stressful times, he goes back to only his way and I go back to only my way.  We can happily apologize to one another with no hard feelings.

It seems like such a trivial thing.  Often in relationships, it’s these trivial things that make the difference.  Had we not fixed this problem we would have had days, weeks, months and years of compounding unhappiness.  Each of us would resent not getting our needs met and potentially we would have looked at the relationship and said, “This is too hard.”  Thankfully, that didn’t happen.

Next, I’m going to touch on negative internal dialogue and how I used to die every day (in my mind).  So if you have a nasty voice in your head that just won’t give you a break, stay tuned.