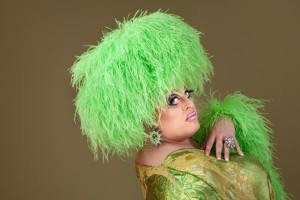 My husband used to call me the drama queen.  I was constantly complaining about everything.  I would moan about the incompetent waiter at the restaurant.  I would whine about the useless girl at the coffee place.  The taxi driver was an idiot, the landlord was a jerk, and people in the streets were spatially impaired.  Everyone around me was annoying!  My days were full of disasters.  Nothing was ever going right.  Everything was always wrong.

I don’t know if you’ve had days like this but my days were weeks and my weeks were months.  My husband hid at his office because he hated having conversations with me about the doom and gloom of the world.  I was pathetic.

And then came NLP.  When I took my NLP Practitioner Certification, I learned about metamodels.  This is part of the linguistic side of Neuro Linguisitic Programming.  When I said that “everything” was going wrong and “nothing” was right and “no one” was ever competent and “everyone” on the street was spatially unaware, I was using a language pattern called “Universal Qualifiers.”  Basically I was grouping all my woes together and making them really large and permanent. It was a recipe for disaster.

I was expecting everyone in the world to play by my rule book. And I had a lot of rules. When I spoke about incidences where people broke my rules, instead of making that story specific to that situation, I generalized it across cultures, countries, everyone, everything, and forever more. Can you see how even doing this just a little bit is problematic?

Speaking “universally” is creating drama in our lives just for the sake of it. I learned in my NLP Practitioner Course how to change my language and speak solely about individuals and specific circumstances.  Doing so allowed me to feel in control over those unique events instead of feeling like the world was out to get me.

The more metamodel language patterns I changed the more my husband wanted to have conversations with me.  He stopped staying late at work and our chats were drama-free.

In the next tip, I’m going to introduce one of the best presuppositions of NLP – the map is not the territory.